Home
There have been several updates since version 7.0.0 which include many exciting changes.
See the Release Notes Archive section of the knowledge base for a complete list of changes.

The following list is a summary of all major additions, changes, and fixes part of version 7.0.0 of the Textual IRC Client.

Notifications can now be configured for individual channels in Channel Properties. 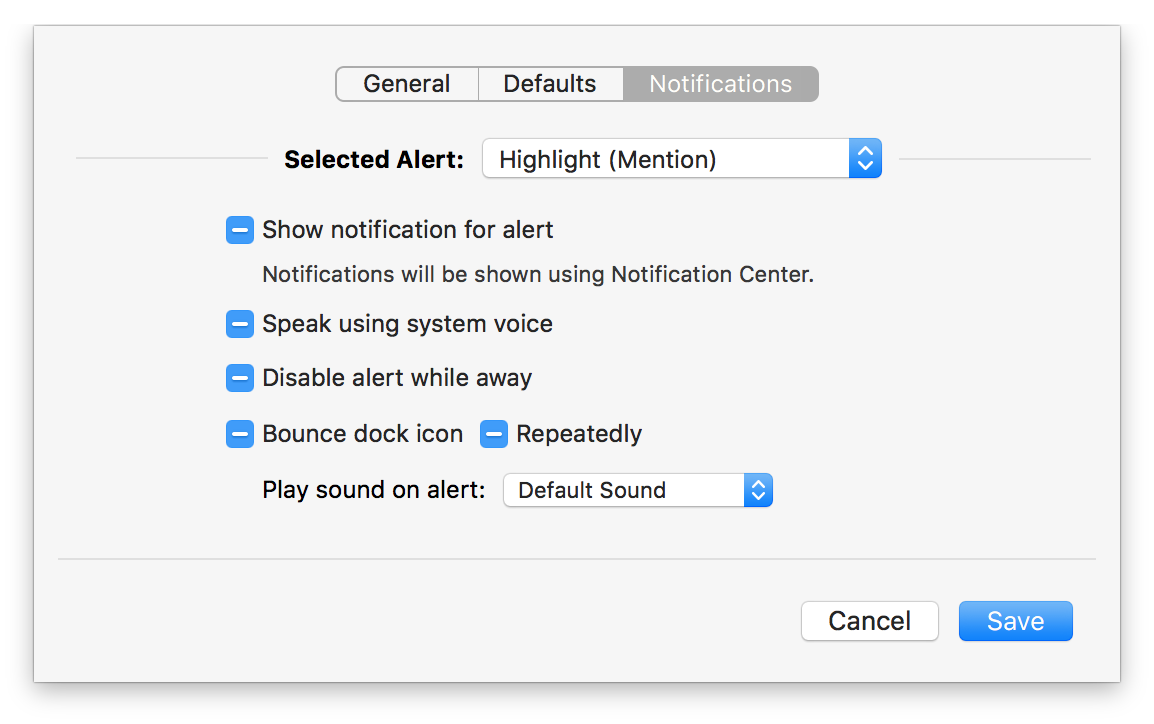 Multiple endpoints can now be configured in the Redundancy section of Server Properties.

The cipher suites preferred by Textual have changed to:

The cipher suites listed below are kept around for backwards compatibility. The cipher suites included in this list are considered obsolete and will eventually be removed from the app altogether.

Knowledge Base Home | Top of Page | Help | Privacy Policy
Last modified: May 25, 2018
The contents of this webpage are released into the Public Domain for unlimited distribution.